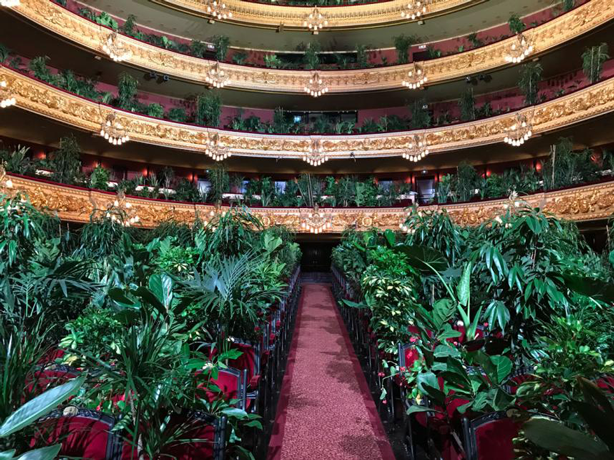 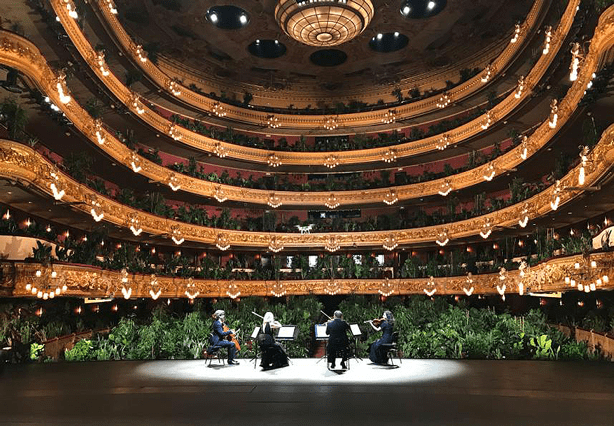 During the theater’s Concierto Para el Bioceno (Concert for the Biocene), those planted in their seats didn’t need to follow social distancing guidelines or wear masks, nor did the human viewers who enjoyed the live streamed concert. The UceLi Quartet performed Puccini’s Crisantemi to a packed house in an installation blending of art and nature by conceptual artist Eugenio Ampudia.

The artist said he drew his inspiration from the connection he formed with nature during the pandemic lockdown. “I watched what was going on with nature during all this time,” he explained to The Guardian. “I heard many more birds singing. And the plants in my garden and outside growing faster. And, without a doubt, I thought that maybe I could now relate in a much more intimate way with people and nature.” 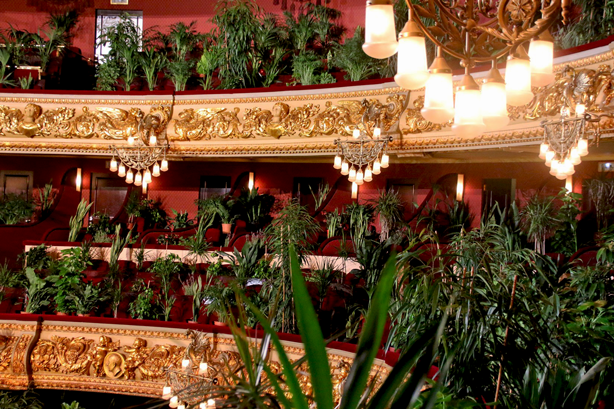 Ampudia explained that “nature has crept forward to occupy the spaces we have ceded and it has done so at its own rhythm, according to its patient biological cycle. Can we broaden our empathy and bring it to bear on other species? Let’s start by using art and music and inviting nature into a great concert hall.” 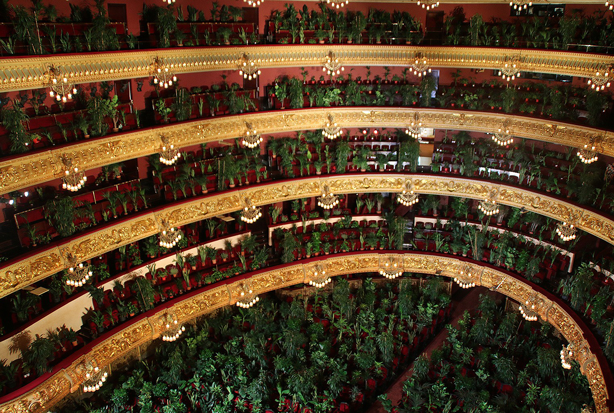 Ampudia’s pictures and a video of the performance will become part of the permanent collection at the Fundación la Caixa, a contemporary art museum in Barcelona. 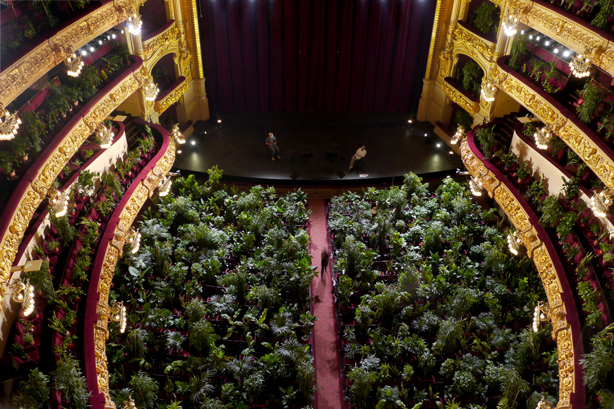 Artistic Director Víctor Garcia de Gomar said the concept was intended to encourage us all to contemplate the current state of the human condition and how, during the prolonged lockdown, we have become “an audience deprived of the possibility of being an audience.” Part of García de Gomar’s vision for programming that creates synergies between various artistic disciplines, the concert was a prelude to the Liceu’s plans for the 2020/21 season.

“Humans will become the spectators of their own social chronicle,” said García de Gomas, who aimed to symbolize the theater’s commitment to the value of art, music and nature and as an introduction to the city’s return to activity. 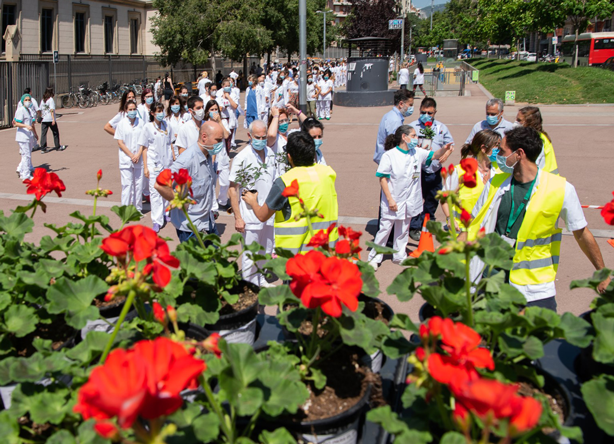 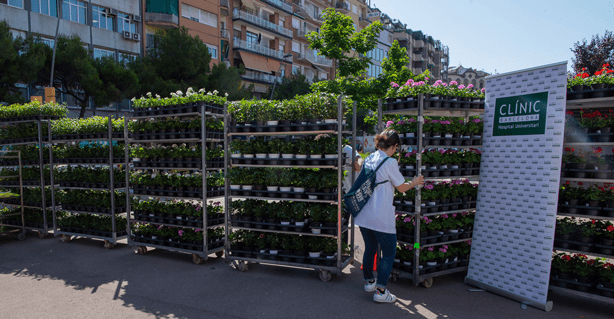 All the plants, donated by local nurseries, were distributed with a certificate from the artist to 2,292 front line healthcare professionals in recognition of their work, specifically at the Hospital Clínic of Barcelona.

Socially Distancing Around a Firepit At Home